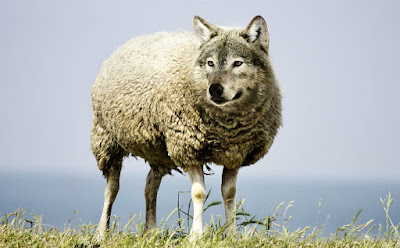 I debated whether I should share this, since it is really not anything that anyone needs to know. But I don't want to be secretive, either. I've always felt like my honesty and transparency was a huge asset despite the crappy few people on this planet who think it is somehow "attention seeking."

In addition to that, I am sure that many people who wouldn't ask why I feel this way are forming their own opinions about my reasons (I am guilty of this myself when people have dissented or expressed that they didn't believe in certain aspects of religion anymore).

I am doing a lot of soul-searching since all the stuff happened this last year with my family. It's been a long, crazy difficult year for almost everyone. For me, it meant getting an official autism diagnosis, my grandma dying, learning to love myself despite the hatred I have endured at the hands of so-called "family," and coming to terms with what it means to be a "christian" in this day and age. Honestly, the only place I didn't experience the constant cramming of randomly interpreted biblical doctrine down my throat was at the church we've attended for the last ten years. Our pastor always spoke on general ideology, like being a decent human towards others and loving each other. I never felt judged or condemned, because that was never the message I received there. Once they left, I really wondered if there was any reason to go back to that church - I have just never met any pastors that seemed to really grasp what I believed God's intention for us was - making the world around us better by trying to live our lives better. He always said, "it's not about you, but it is." That will resonate with me forever.

Unfortunately, that has not been my experience anywhere else in any christian community. When you are constantly being told what it means to be a "good" christian while those same people are trying to tear you down or expressing hatred towards people just like you, it can only be glossed over for so long before you start to realize that otherwise well-meaning christians are not "hating the sin but loving the sinner." They are actively spewing hatred and intolerance about everyone different from them. The constant negativity becomes unavoidable and it's not healthy for anyone - nor is it spreading the message of God's love for us. Because of this I can no longer stand behind what christianity means.

I would say that I don't want anyone worrying or getting this idea that I have given up on my faith or spirituality, but realistically, I know that even saying that I don't identify as a christian is going to set off all the "Jesus alarms" and have people messaging me to preach at me. I know many of my friends will be praying for me that God will "bring me back" from my backsliding even though I haven't gone anywhere.

So let me be clear with this: I am eternally and utterly devoted to God. I will always worship the God of Israel and believe His ultimate commandment of us is LOVE.
If you feel compelled to pray for me, fine. Please try to see beyond your knee-jerk reaction though, and that someone growing and changing does not mean that they are sinning and need you to save them. That was never meant to be your job, even if that's what has been preached at you (but that's another story about why christianity damaged me so I will leave it at that). While I still believe in God and His eternal word, I don't know what I believe beyond that anymore. I have suffered a lot of religious abuse since I was a child, which was perpetuated even after I got married. Now I am re-evaluating everything I blindly accepted as "truth." I've always been somewhat unconventional about a lot of my beliefs, so this isn't some huge change of character for me. What this has made me more aware of ultimately is that by vocalizing a potential difference in opinion, I'm being treated as though I have turned my back on God and that everyone must pray for my salvation. It's put me in a bad place mentally and emotionally to realize that I cannot be honest or be myself without being chastised and pitied.

It's what made me second-guess if I want to identify as a "christian" at all. Because when you say you are a christian, but you don't necessarily believe in teaching your children purity culture (or any number of conservative beliefs), you are met with so much hatred and disgust that it becomes intolerable. Spiritually, I don't believe that the way christians treat each other (and humans in general) reflects the example that Jesus gave us - yet it's become a very pervasive aspect of christianity, and my beliefs don't align with that mentality. On the other hand, if you simply say you are maybe a more liberal-leaning or progressive christian, the general reaction is that you may as well be an atheist (because any degree of christianity besides ultra-conservative is also wrong in the eyes of many).

All of this has pushed me to really self-reflect and ask myself if I am just going through the motions to fit in and not be ostracized from the christian community, and that's not where I want to be. I also don't want to feel like I have to be consistently argumentative in order to justify my existence.

In light of all of this, I don't think my current status resonates with the overall vibe of christianity in general. It wouldn't be honest of me to claim christianity nor would it perpetuate anything but debate and dissention trying to interact with people who adamantly speak in opposition against everything I am and everything I stand for. I need to reassess from a distance and try to discern my thoughts and feelings from a safer place and with fresh eyes. I have really been looking into other belief systems and wondering where I might fit in according to what I believe deep down, and that's a journey I may be taking for a while - but I know it's right for me and I know it is where God is leading me; I won't allow anyone to steer me a different direction.

The best thing I can do is be honest with myself and those around me and just keep moving forward. 💙