Tomorrow is Mother's day, and I'm a mother. So I fully expect to be pampered and told how awesome I am. To be honest, if no one does anything for me and my kids don't say "Happy Mother's Day!" at least once, I will be pretty disappointed.

In honor of Mothers day, mothers around the globe will be playing martyr and making points about how they don't NEED to be celebrated today. We are all just mothers, doing what God called us to do. It's our job and one we will begrudgingly happily accept.
Well, I don't believe that. We as mothers are always going very far beyond what we are required or expected to do.
Today I have extra kids. I have my daughter (turning 8 tomorrow!) and my four boys who are 6, 4, 2, and 2 months. My friend who is living with us is at work so I have her 2 year old as well. Another friend needed a sitter as well so I have an extra 3 year old. Yep.. I have 7 kids today, 8 and under.
Why did I agree to this? Because I'm a mom. I have this thing instilled in me that I have to help everyone. I have to push myself to my limits and go above and beyond what I'm probably capable of. And the best part? I made excuses for why it is so easy with this many kids! I actually told my husband that the only hard part is the newborn, and it's hard to do anything with a newborn whether you have one other kid or ten.
My friend, whose 3 year old I am entertaining today, cannot fathom this many children at once. It seems too busy and hectic. She is currently running errands - flying to Juneau to get stuff done. She runs several businesses and is in charge of a LOT of employees. She has a teenage daughter and this toddler. To me, trying to accomplish *any* form of real work while having children at home is a joke. I could never do what she does, and to be honest, I'm more in my element chasing after more kids than I can count on one hand. 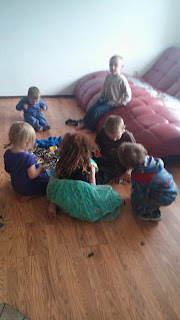 We are the same, her and I. We have both overbooked ourselves, as a stay-at-home mom and as a working mom. We're in too deep and we have too many people relying on us. We have too many tasks to accomplish and not enough time and people don't honestly expect us to be perfect, but we are going to try anyways. That's the mom curse (or maybe it's women, generally?), to do everything you possibly can and then a little more, and don't act surprised when you get no recognition for it.

Mary was a young virgin when she became pregnant with our Lord and savior. We all like to think of her as this poised, mature woman who totally had it all together and got stuff done. Somehow, realistically, I doubt that's what it was like. It's widely speculated that she was between 12-14 years old at the time.
I know. People were wayyy different back then. She was probably much more mature than I was at that age, right?
No. I don't care how old you are, if an angel visits you and tells you that you are going to have a baby and you've never had sex, that is gonna FREAK YOU OUT.
I think she handled it fairly well. There was the chance that she would get stoned to death, her fiance would leave her, her family would disown her... but she did the right thing. She could have had an abortion, too. Don't think for a second that there weren't ways back then to get rid of an unwanted pregnancy. I don't think people consider that she did in fact have options. But no, she allowed God to use her for one of the most important circumstances that we would ever learn about. Now, I'm not catholic. So I really don't believe that Mary was sinless. She was a screw-up like the rest of us but God favored her. He created her to be the ultimate mother; not in the sense that she was perfect, but that she carried and birthed a perfect vessel. That's amazing! God could have had Jesus be born into this world by growing on a tree. He could have been brought in swaddling clothes by a stork that dropped him on a doorstep. He could have magically appeared out of nowhere, just strolling into town like a drifter and being like "Hey, I'm Jesus!"
He was born from a mother. Look what the Lord can do through us horribly imperfect people using motherhood! It's because God created women to be so incredibly special... and then that woman is amplified by becoming a mother. The Lord made us with these awesome abilities to take on a million times more than any human should and somehow gives us that desire for Him to fill us so that we don't break. He has given us cellular miracles to keep us connected with the children He gives us. Oh my goodness, He really pulled out all the stops when He designed the idea of us mothers.

You are probably tired. You are probably so weary you can't stand it. Even if you have grown children (because I know how much I still stress my mom out!). Even if you only have one child. Even if you are pregnant for the first time and just the *thought* of preparing the way for your blessing fills you with equal parts determination and anxiety. You have crap to do today. For crying out loud, it took me three hours to write this blog post - simply because of the chaos. You will be overwhelmed. You will function for the rest of your life on not quite enough sleep but by God, you will live through it. You'll complain a little in passing to your friends because after all, you have such *mom* problems. But when push comes to shove and a stranger asks you how you like being a mom you will gush with pride and joy because that's who you are!
So tomorrow, when someone wants to buy you a coffee, or give you a back rub, or your child asks if they can bring you breakfast in bed - just accept it. Let them celebrate you this one day. It's not a lot to ask and people do *want* to recognize you this day. I know, your husband handing you the last bite of his brownie is not really all-encompassing recognition, but just take what you can get. Or better yet, ask someone to take the kids so you can treat yourself to something nice! Don't be a martyr. You are doing God's work raising the little souls he entrusted you with. You deserve one day to be celebrated, and you don't need to feel guilty about it.


And Mary said:
"My soul glorifies the Lord
and my spirit rejoices in God my Savior,
for he has been mindful
of the humble state of his servant.
From now on all generations will call me blessed,
for the Mighty One has done great things for me—
holy is his name.
His mercy extends to those who fear him,
from generation to generation.
He has performed mighty deeds with his arm;
he has scattered those who are proud in their inmost thoughts.
He has brought down rulers from their thrones
but has lifted up the humble.
He has filled the hungry with good things
but has sent the rich away empty.
He has helped his servant Israel,
remembering to be merciful
to Abraham and his descendants forever,
even as he said to our fathers." 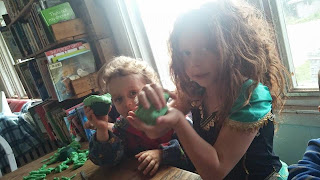 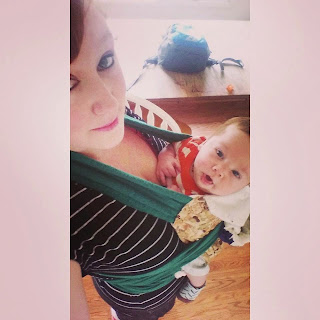 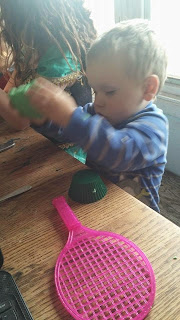 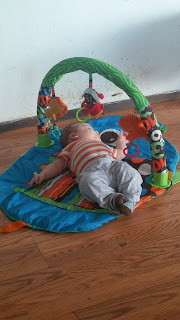 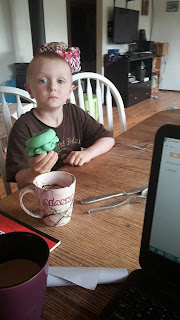