A helpmeet that hinders 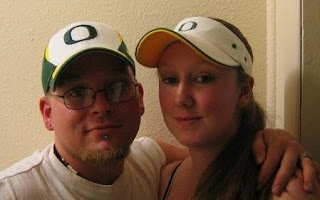 My first step was admitting that while he could be doing some damage himself, I needed to change before it got any worse. But, like most women, I don't know how to be submissive. Submissive is Josh's mom... how did she learn it? And is that what I should be doing? Serving him, respecting him... all that? And if so, why?? And on that note, what is my motivation??

Peter, like most men, had an awesome ability to piss women off. There is no shortage today of women who think this whole passage is ludicrous. It is not one-sided though. It goes on to say:

25 For husbands, this means love your wives, just as Christ loved the church. He gave up his life for her 26 to make her holy and clean, washed by the cleansing of God’s word.[b] 27 He did this to present her to himself as a glorious church without a spot or wrinkle or any other blemish. Instead, she will be holy and without fault. 28 In the same way, husbands ought to love their wives as they love their own bodies. For a man who loves his wife actually shows love for himself. 29 No one hates his own body but feeds and cares for it, just as Christ cares for the church. 30 And we are members of his body.    31 As the Scriptures say, “A man leaves his father and mother and is joined to his wife, and the two are united into one.”[c] 32 This is a great mystery, but it is an illustration of the way Christ and the church are one. 33 So again I say, each man must love his wife as he loves himself, and the wife must respect her husband.

This scripture is amazingly beautiful. It does not say that a wife should be a doormat. It does not say that the husband is superior and therefore the "ruler" of the wife. It teaches a balance that is wise and logical. Wives, submit to your husbands. Husbands, love your wives as Christ loved the church. All this time, Josh's mom was submitting and Josh's dad was loving her in return. Don't get me wrong - neither of us want their exact marriage. We are different people raised in a different time. But the principles are flawless and are necessary.
I want to be submissive, but I really don't know how.I do know one thing though; if I argue with everything he says, I am going to be too resentful to submit.
So my first goal was to SHUT MY MOUTH.
Like I said, we haven't had an argument since. I am unusually quiet when he comes home. It's not because I think that there is any correlation between being submissive and not being allowed to speak; I just know that for me, personally, I am not going to learn to train my tongue unless I just pretty much stop talking altogether. In the last three days, I have learned to somewhat "catch" myself before I say something disagreeable. I am learning to think about what I say before I say it, which is a quality that everyone should possess but I just never have.
I have actually read a lot of material about being submissive, and a lot of them go a little beyond what we (Josh and I) consider necessary submission. One woman said that she serves her husband dinner and will not sit down until he is served. I don't think that is crazy or anything, especially for older couples that learned that as a sign of respect, but neither of us lean towards that type of submission. Another woman said that she asked her husband to write a list of things she should get done that day, with chores and errands, etc. Again, Josh doesn't desire that for us. I wouldn't mind him giving me a chore list, since he seems to value getting his laundry washed whereas I value getting the dishes washed, but honestly, he doesn't care enough about my housecleaning to even bother. Overall, I've had to piece together the things that I think Josh values in my submission. I know that his "love language" is acts of service, so when he gets home, I don't nag him about wanting to sit down and rest. I ask him if he needs anything, and how his day went. I do this because I genuinely care about him and how his day has been, and I have a desire to please him. I know that bringing him a glass of tea makes him happy, so that's what I try to do. I have not been asked to be a waiter, but I am volunteering that service because I know it makes him feel loved. If he brought me chocolate and coffee while I sat at the computer, no one would think to call him a doormat. It is strange that acts of service on a man's behalf will label a woman as such.
One thing that has really helped is this;  And the LORD God said, It is not good that the man should be alone: I will make him a help meet for him. (gen. 2:18)
Some people (feminist poison!!) will think that this is offensive. So woman was created to serve man? This little post is probably the best explanation I have ever read for explaining, quickly, why I am proud to have been created for the purpose of serving, with my own meaning, my husband.
Adam's Helpmeet
I was created to help Josh, not hinder him. I have that female power, remember?

1 Peter 3:1
Wives, in the same way be submissive to your husbands so that, if any of them do not believe the word, they may be won over without words by the behavior of their wives.

We can win our husbands over to Christ just with our actions! So why would we want our actions to show disdain for these men that promised to stick with us through thick and thin (even though they know about our angry sharp mouth-swords)? The last thing I want for Josh is to hinder him or cause him to stumble.
I've also had to pray a lot that the Lord will change my heart. I have a hard time staying respectful if, at that exact moment, Josh is not feeding my innermost need - constant physical affection. I won't lie, I expect it much more than anyone could ever give it. I'm insecure... it's understandable. I feel myself slipping back into old habits though if I am carrying Josh's dishes away, or putting his shoes in the shoe basket, or chasing down all three kids at once while he is resting. All I want is to yell at him with a snarky tone "don't worry Josh, I'll take care of this all myself!" but then we would be back at square one. I try to pray for patience, and a servant's heart. I pray for the Lord to get me through that bitter moment, and before I know it, Josh is standing up and saying "do you want me to grab the baby for you?" or "I really need to sweep.." It's a far cry from last week. He also took a bath with me (not in a personal marital way..don't be vulgar! I wouldn't post that on my blog! It was just a fun thing, we had the baby in there too - it was hilarious) which he has not willingly done in a long, long time. He shoveled the driveway just to go out in the 25 degree weather and get me Dr. Pepper and M&Ms. The affection he has turned away from due to my lack of respect is slowly coming back, and I'm not crazy - I'm going to encourage it by being as kind, respectful, and helpful as possible.

~ On a side note, Josh's mom, Cathy, is a fabulous christian woman who has taught me more in these six years than I could have ever imagined I would learn from a mother-in-law. I am so thankful that marrying Josh meant gaining a faithful Godly mentor as well. I feel ashamed and embarrassed at how immaturely I viewed this blessing when I was young, but now I lovingly embrace the mother-figure I have in her.

Sorry, that got really serious really fast. Here is my humorous redemption - Josh thinks it is hilarious now to call me "doormat." I retaliate by telling him I am going to call him "Sir" in front of the women he works with. We both agree that would be mortifying for him.  :P 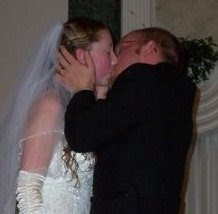